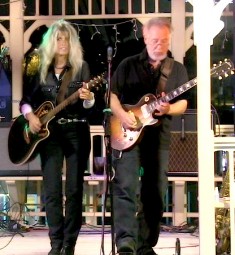 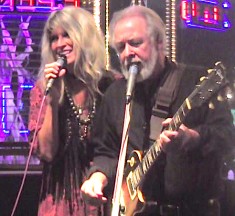 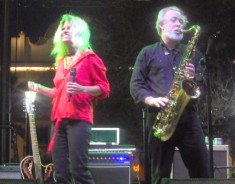 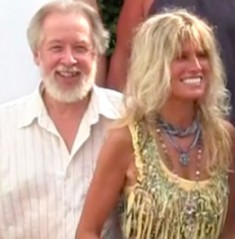 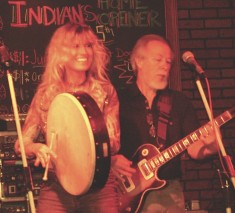 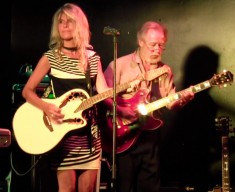 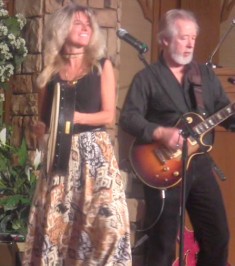 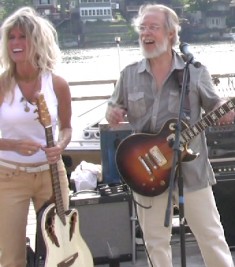 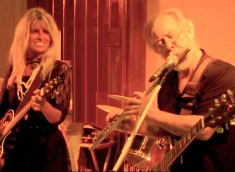 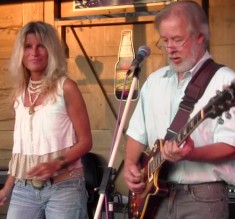 Robert and Deborah Carothers have been playing music together for over 40 years.  They met in Lakewood, OH in  1978 when Deborah answered Robert’s newspaper ad for a female singer to join “The Chris Michael Band”,  a southern rock band that featured the Carothers brothers:  Robert on guitar, sax, flute, and vocals, Jack on keyboards and Chris on drums.  Deborah auditioned, got the job, and became the newest member of the band.    In 1980 Robert and Deborah married.

Robert Carothers and Melanie in 1979.

While playing music as The Chris Michael Band, Robert and Deborah  played countless venues throughout Northern Ohio including the Agoras, Peabody’s, Pirate’s Cove, Filthy McNasty’s, JB’s, etc.    They opened for national acts such as Judas Priest, Patti Smith, The Flying Burrito Brothers, and The Michael Stanley Band.  After releasing a single produced by Cleveland producer Joe Porello called “Another Love” that received airplay on Cleveland rock radio station WMMS they became a featured act for a WMMS Coffeebreak Concert hosted by Matt the Cat.  In 1979, the Carothers brothers accepted an offer to be the touring band for singer-songwriter, Melanie, an internationally acclaimed recording artist who had performed at Woodstock.    Robert performed with Melanie on stages of major concert venues before thousands of people.

After receiving an Al Dimeola scholarship for guitar in 1986, Robert and Deborah moved to Boston where Robert attended Berklee College of Music.  Robert graduated from Berklee with honors.  At his graduation ceremony, George Martin (producer of the Beatles) handed Robert his diploma, a Bachelor of Music in Music Production and Engineering.  While they were in Boston, Robert and Deborah formed a band called “Legacy” and played classic rock music throughout Boston.

In 1989 Robert and Deborah Carothers returned to Ohio, purchased the Agency Recording Studio housed in the Cleveland Agora,  and started up a recording studio business called Harvest Recording and Music Production.  For the next 20 years or so, Robert and Deborah Carothers worked at producing and recording other musicians while they continued to write and perform their own music.

In 1996, while Robert ran the recording studio, Deborah received a full scholarship to law school and became a lawyer in the year 2000. She subsequently worked as a criminal defense attorney, a prosecutor and assistant law director for the City of Streetsboro, OH.

In 2009, Robert and Deborah Carothers formed their current duo act “Silver Creek.”  The act, which is booked over 100 dates a year, is currently their full-time occupation.  They perform in Ohio and Florida.

In 2009, they released an album of songs they wrote called “The Day We Met.”  The title track is the music used in the video below which contains a photo montage of Robert and Deborah through the years.